Cristiano Ronaldo is in a ‘Uncomfortable situation’ after Lionel Messi’s decision to attend FIFA’s Best Player Award, according to reports.

For over a decade, Messi and Ronaldo have dominated the Ballon D’or Award, always with the game’s individual awards in mind. Their dominance face a new threat for the prize, in the form of Real Madrid midfielder Luka Modric.

Modric recently won the UEFA’s Best Player ahead of Ronaldo, who was luvid with the decision and didn’t attend the ceremony. Meanwhile, Lionel Messi did not even make the shortlist. And, According to OK Diario, Barcelona Star Leo Messi is willing to attend the FIFA Award ceremony which is coming up soon. 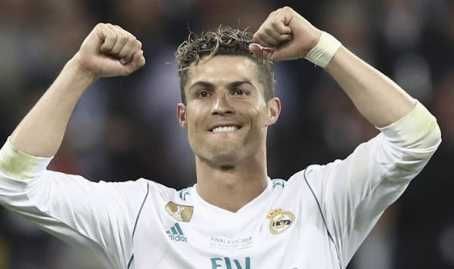 OK Diario claim that Messi’s decision has left Cristiano Ronaldo in a difficult situation. The report claims the Juventus Star is unsure whether to attend the event or not. He supposedly feels that Modric will likely reign supreme again and, as a result, feels he should not have to attend for a silver medal. But Ok Diario claim Ronaldo is also livid with football’s governing bodies in general.

The player was dismissed on his Champions League debut for Juventus in midweek. The 33-year-old received his marching orders following a clash with Jeison Murillo, despite there being little contact. However, Juventus are aiming to continue their unbeaten start to Serie A when they face Frosinone today (7.30pm).