Fulham have announced the signing of Jean Micheal Seri from OGC Nice in a deal worth £18m. The 26-year-old has signed a four-year contract deal with the club until 2022.

Seri had been linked with a move to the Premier League for weeks and Chelsea, Arsenal among others who were keen to sign him. He helped Nice to an eighth place finish in Ligue 1 last season and has been one of the most demanded players this summer. Also, Borrusia Dortmund made an offer for him but he has always desired a move to the Premier League.

Speaking at Motspur Park on Thursday morning, Seri said: ‘It was a long day yesterday (Wednesday) so it was great to get the move finalised. Now, I’m ready to get started and looking forward to meeting the squad and getting to know them, the Head Coach and his staff better. I’m delighted to be here, it’s a new adventure that starts for me and I’m hoping it will all go well.’

‘He’s been at the very top of our target list for a long time. This is a big day for Fulham. We’re ecstatic that Jean-Michael is joining our squad as we return home to the Premier League.’

Speaking to Fulham about his move, he said: ‘I’m very happy to sign for Fulham, this is a big club that’s very popular. I’m also happy to have joined up with a good friend, Jean Michaël Seri. I know that there is a lot of hard work ahead and I hope to bring my very best to this team.’ 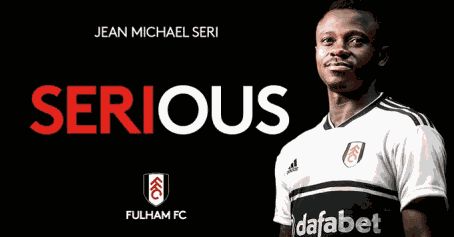